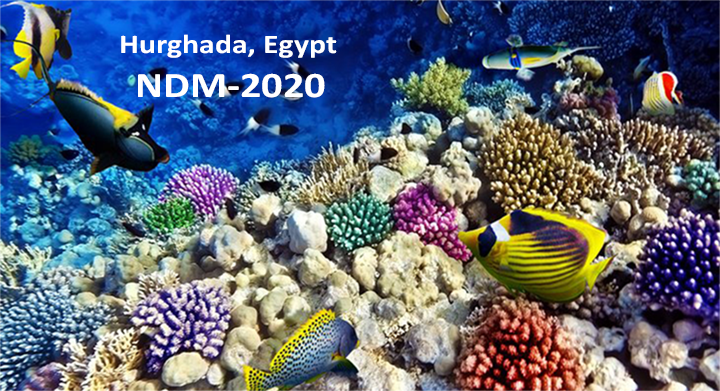 Non-vanishing neutrino masses and the existence of non-baryonic Dark Matter (DM) represent the only two firm observational evidences of new physics beyond the Standard Model (SM). Proposed neutrino species can also in principle constitute the bulk of the dark matter. They may moreover leave different signatures on astrophysical scales than the hitherto standard WIMP-based cold dark matter. As the parameter space for the latter is increasingly constrained experimentally, such alternates become more relevant, along with others such as the lately topical ultra-light axions. The NDM-2020 aims to be a forum for the discussion and exchange of ideas regarding the particle phenomenology, astrophysical signatures and experimental constraints related to those two fundamental and actively studied issues in particle and astroparticle physics, namely neutrinos and dark matter, and their possible connections. It follows and expands on the topics published recently in a Special Issue of published by Letters in High Energy Physics (LHEP) by Andromeda Publishing and Academic Services.
In this context, it is organized by Andromeda press, in cooperation with the Center for Fundamental Physics at Zewail City of Science and Technology and Center for Theoretical Physics at the British University in Egypt. It will be held at Hilton Hotel, Hurgada, Egypt, on January 11-14, 2020.

The program will consist of plenary presentations by invited speakers and contributions selected from submitted abstracts on the following topics:

The conference will take place in the five-star hotel Hilton Hurgada Resort in Hurghada, Egypt. Our travel agency (Nile Egypt Tours) has secured rooms with a special rate exclusively for attendees of the conference, on all-inclusive basis (all meals and soft drinks are free).
Rates are as follows

Participants can book rooms by contacting the travel agency directly via email to osama@nileegypttours.com copying cfp@zewailcity.edu.eg. In any direct communication with the travel agency, please state clearly that you belong to the "NDM-2020" group, in order to benefit from the special prices
Deadline for booking accommodation is November 15, 2019. Rates will increase after this deadline.

For more information about the Entry Visa, please visit the following links:

If you need transportation from the airport to the hotel (and vice versa), please arrange with the travel agency at omaima@nileegypttours.com copying cfp@zewailcity.edu.eg in your email.